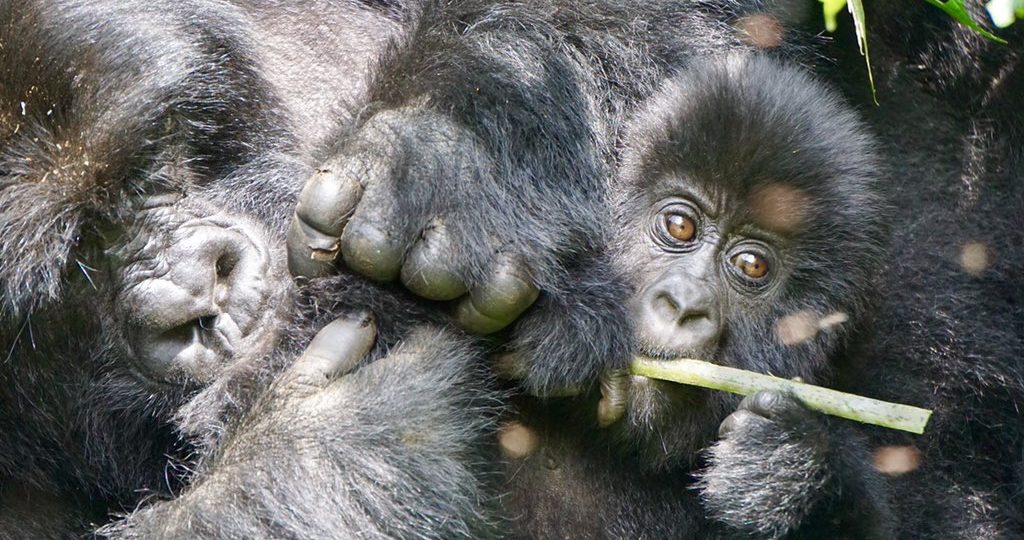 Gorilla trekking Uganda is probably the most exhilarating thing to do on an African Safari, many travelers have reviewed the experience as a life-changing, magical and once-in-a-lifetime experience. Mountain Gorillas are very rare with only about a thousand or so mountain gorillas remaining in the world which should give a proper reason to consider one of our best gorilla treks. The gentle giants are considered critically endangered species however the good news is that their numbers are slowly increasing due to conservation efforts. Every year we get good news about a baby boom going on with the gorillas so their numbers are steadily increasing but their species is still under threat due to some significant challenges they are still facing which include;  habitat loss as populations increase in both Uganda and Rwanda, their natural habitat decrease.

Climate change also means uncertainty because mountain gorillas live on the slopes of mountains therefore they can only go up so high to keep within the same kind of temperate region which exposes them to poaching. Poaching is an issue not particularly poaching of the gorillas themselves but indiscriminate methods like snares and traps catch gorillas. Mountain gorillas also have the most robust immune systems, they are not evolved to cope with human diseases which makes it easy for them to get infected especially with respiratory diseases like flu. Civil Wars within the region like the Civil War currently going on in the DRC and then even looking back at the Rwandan genocide of 1994, these had really detrimental effects on gorilla population numbers.

Mountain gorillas are threatened from all kinds from all sides but the good news is that one of the best things that you can do is go gorilla trekking Uganda so that revenue from tourism can help to fund parks, and conservation programs, and community involvement. The communities have gotten involved recognizing that this iconic species if they thrive then it’s a valuable resource for local communities and for these countries so both the countries and communities have recognized this and they’ve really gotten on board with trying to help conserve these gentle creatures.